Lo and behold, the Portuguese wizards under command of unbelievable Fernando Ribeiro have won the hearts of the Polish fans. Also, musicians have always emphasized that their visits in Poland have been definitely unique events. Moonspell, the band that was formed more than 20 years ago performed in Poland many times. But every time, Moonspell left their fans spellbound by a blend of black metal, folk, doom, gothic rock, death metal combined with sophisticated lyrics inspired by philosophy, history, poetry and the occultism, in which Ribeiro took interest. Incidentally, a leader is very fond of a Polish writer – Stefan Grabiński - an author of outstanding ‘Nieamowite Opowieści’. While touring Poland another time, the band is going to promote their double 2012 release – ‘Alpha Noir/Omega White’.

Carnal /PL/ It's a well known quintet that was formed in the town of Żuromin but based in Warsaw. It might be said that after 14-year-long stage activity, Carnal have reached music GCSE age. The band combine doom and death metal music genres. So far, Carnal have released 3 LP's, 2 singles and a demo. The last album "Re-Creation" was released in 2009. The band also performed at two Metalmania Festivals, made a tour of the Balkans and did few Hunter Fest festivals. They also performed as a supporting act to big names such as Paradise Lost, In Flames and Life of Agony. A leader of Carnal, a vocalist Robert Gajewski, is also known as an organizer of performances and a host of a heavy metal radio programme. 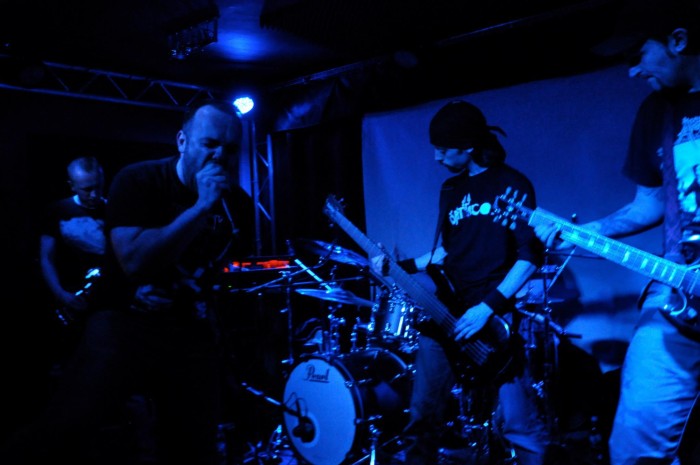 Salviction /PL/ Formed in 2011 in Tricity, Poland. Salviction is mostly influented by Post-Metal/Sludge bands like Neurosis, Cult of Luna, with their own kind of apocalyptic and depressive atmosphere. In 2012 six-tracked demo was self-released which is available to download from bandcamp page.