BEHEMOTH /PL/ Until the late 1990s, the band played a traditional black metal style with heathen lyrical content, but soon changed to that of occult and thelemic themes written by their lead vocalist Nergal and Krzysztof Azarewicz. With the 1999 release of Satanica, the band demonstrated their presence in the death metal scene, while retaining their own signature style characterized by the drum work of Inferno, multi-layered vocals and Middle-Eastern influences. Despite the fact that Behemoth has been labeled as death metal, black metal or thrash metal-influenced, Nergal has mentioned that he does not like the band to be labeled.

OBSCURE SPHINX /PL/ Obscure Sphinx is a female-fronted metal band formed in Warsaw, 2008. Their music is situated somewhere near post-metal, but they enrich it with influence of doom metal, post-rock and progressive metal. They merge sonic spaces and electronic samples with the crushing combo of 8-string guitars and 6-string bass rhythmics. All of this is flavoured by a unique voice of the vocalist. Since now they played with bands such as Amon Amarth (se), Coroner (ch), Crippled Black Phoenix (uk), Rosetta (us), City of Ships (us), Talbot (es), My Riot (pol), At The Soundawn (it), Ketha (pol) and many more. Beside that Obscure Sphinx took part in Tides From Nebula (pol) Polish Tour and Blindead's (pol) Affliction Tour 2011.

Debut album called „Anaesthetic Inhalation Ritual” was released on 15th April, 2011 and had a great response from listeners, as well as professional music critics. It was recorded at Sound Division Studio & Progresja Studio and mixed & mastered by Kuba Mańkowski (Blindead, Behemoth) in Sounds Great Promotion Studio in Gdynia. Great response of AIR lead to many distinctions in 2011/2012 - band was awarded second place in "album of the year" competition in wp.pl website, 11th place in Antyradio's "Płyta Rocku", distinctions in ""Płyta Roku 2011 - Metal" on T-mobie Music and "Best Post-metal Album" according to MetalStorm.net. 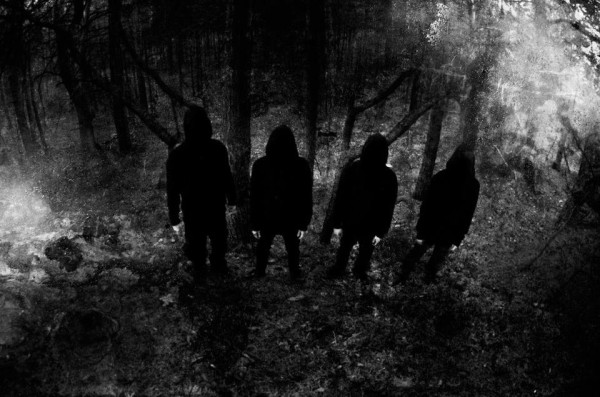